Transparency: A question to the incoming Finnish presidency of Baltfish 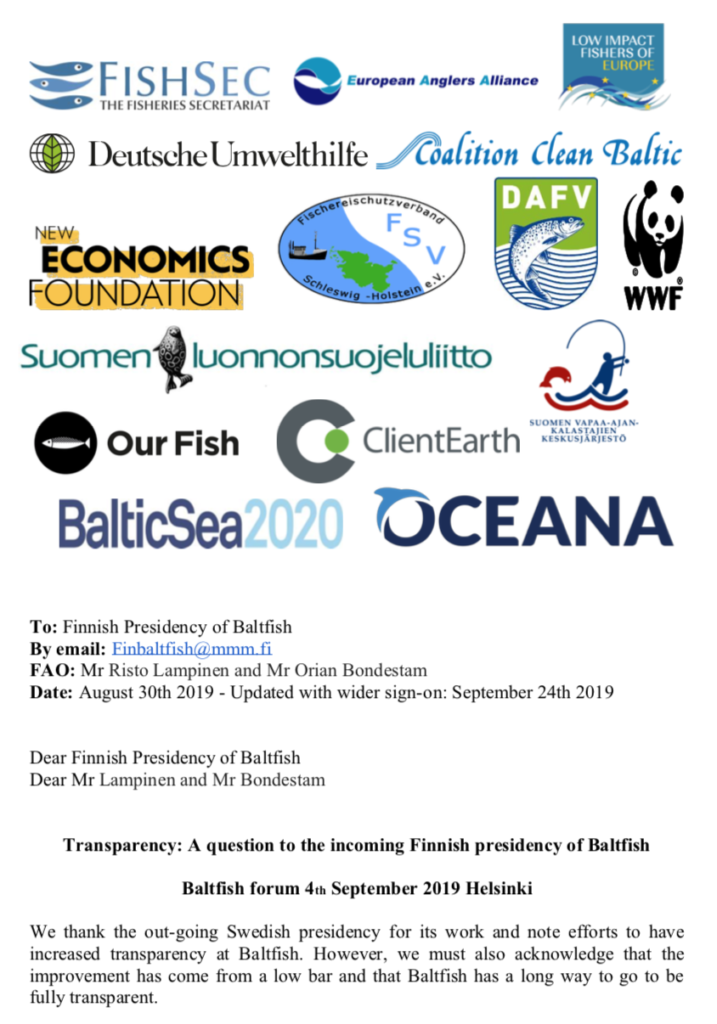 In a letter to the incoming Finnish presidency of Baltfish, 15 organisations have called for improvements to transparency and access to documents and positions taken by member states. "Transparency has been part of the work programme and agenda during the previous Swedish, Danish, German and Polish Presidencies and a successful outcome has yet to be reached. We call on the Finnish Presidency to end this long running saga and fulfil the transparency requirements of the European Union." These 15 organisations comprise a broad coalition of environmental organisations, segments of the fishing industry, as well as organisations representing anglers and recreational fishermen.
The letter states: "Our transparency request to Baltfish is for timely access to: The letter notes that these criteria are within the Baltfish memorandum of understanding, adopted in December 2013, and is also in line with the Aarhus Convention to which the EU and its Member States are contracting parties. Further, the letter references two inquires launched by the European Ombudsman on transparency within EU bodies with regard to fisheries policy. In case OI/2/2017/TE the Ombudsman found that there was maladministration with regard to “access to documents relating to Council preparatory bodies when discussing draft EU legislative acts”. In her recommendations, she insisted on the need to “systematically record the identities of Member States expressing positions in preparatory bodies.”

Before Christmas the UK government signed a MoU with ICES that will ensure continued scientific collaboration also after the departure...

At the Fisheries Council last week, many big issues competed for attention and not much was heard about the Critically...

Feb
ICES Workshop on the Future of Eel Advice (WKFEA)

ICES Workshop on the Future of Eel Advice (WKFEA) will meet to discuss the current advice framework, consider options for future...

3rd Meeting of the continuation of the project for Baltic-wide assessment of coastal fish communities in support of an ecosystem-based...