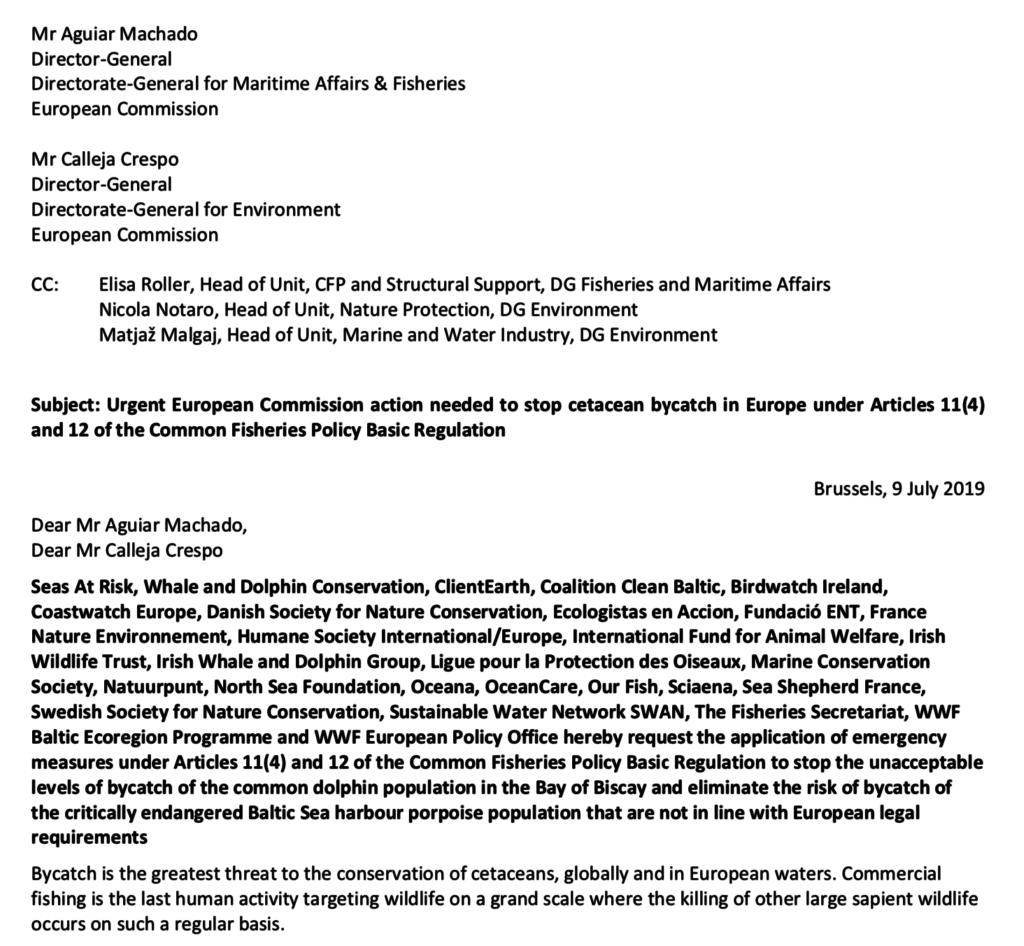 A coalition of 27 NGOs have written to the European Commission calling on them to implement emergency measures in order to protect cetaceans, such as dolphins and porpoises, killed and captured during unselective fishing operations. These bycatch killings contravene the EU Habitats Directive and the Common Fisheries Policy which aim to conserve biodiversity and ensure that fishing has a minimal impact on non-target species. The letter states: "Bycatch is the greatest threat to the conservation of cetaceans, globally and in European waters. Commercial fishing is the last human activity targeting wildlife on a grand scale where the killing of other large sapient wildlife occurs on such a regular basis.
Article 12 of the Habitats Directive mandates that Member States establish a system of strict protection for cetaceans prohibiting all forms of deliberate capture or killing of specimens of these species in the wild and that conservation measures are taken to ensure that bycatch does not have a significant negative impact on these species. The Habitats Directive also mandates that Member States take appropriate steps to avoid the disturbance of the cetacean species for which Natura 2000 areas have been designated. To date, however, Member States have failed both to implement and enforce a general system of measures to reduce bycatch and to manage cetaceans’ Natura 2000 sites to make them safe spaces contributing to restoring these populations to favourable conservation status. As a result, cetacean populations in Europe are under great stress."